I stumbled upon something so “Marc” this week that I decided it deserved a post of its own. Go Horns. Beat OU. 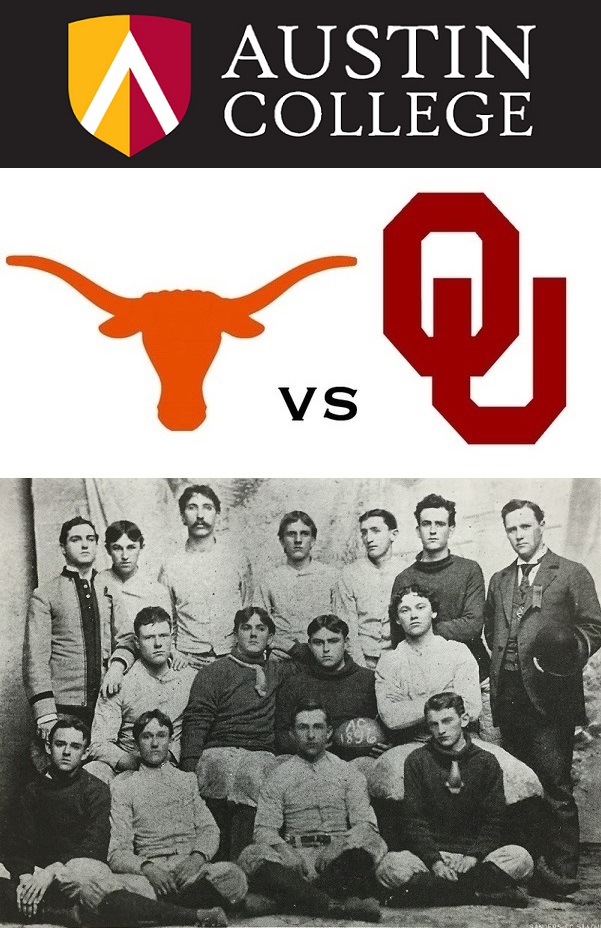 This Saturday, It’s UT vs. OU take two. The Horns and Sooners play for a second time this season, with a conference championship at stake. A rematch within one season has only occurred twice in the rivalry, in 1903 and 1901. I’ve been having fun telling of AC ties to the Red River Rivalry in the comments on an old post about the upcoming game. But I stumbled upon something so “Marc” this week that I decided it deserved a post of its own.

AC football was officially born in 1896; you can see a photo of the 1896 team in this post. How do we know? Check out that guy holding the football that says 1896. If you are like me, you may sometimes get distracted and wonder about just who the heck those folks in the photo are…….

The first Red River Rivalry game in Dallas occurred in 1912; OU won 21-6 at Fair Park. There are actually ties between this game and a season ending 1911 clash between Austin College & Southwestern at Fair Park in Dallas. But that’s an old story.

When was the first game ever between Texas & Oklahoma in any location? That would be 1900. Oklahoma was still a territory, yet had a school in Norman and a team that could travel. The (not yet) Sooners made their way to Austin for a contest against the (not yet) Longhorns on October 10th. The 1900 Longhorns were heavily favored, and for good reason; they finished the season undefeated. At Clark Field, where UT and AC would later face off 6 times, Texas dominated Oklahoma and won 29-2.

It’s those 2 points by the Sooners that hold my interest, however.

OU scored a safety when a UT punt attempt went awry. The Longhorn deep snapper was long, and the football sailed out of the end zone in spite of the best efforts of the punter to track it down. According to the October 11th edition of the Austin American Statesman:

“To be sure [Texas deep snapper] McCall was partly at fault for this, because he passed the ball too high. Oklahoma scored a touch back, thus making her only two points.”

Who is McCall? A different Statesman article before the start of the season reveals the answer. The team would be much improved in 1900 because of the addition of transfers such as McCall. He had transferred from Austin College.

His name was James L. L. McCall, and he came from a prominent 19th century Presbyterian family in Weatherford, TX. Family members had already headed to Austin College in the 1880s, and McCall did the same in the 1890s. But after three years in Sherman, he moved to Austin and finished his schooling at UT. McCall sat out the 1899 Longhorn season, and used his final year of eligibility to suit up for the 1900 Horns. He makes an appearance wearing burnt orange in the football team photo of the 1901 UT Cactus Yearbook.

The guy holding the 1896 football.

McCall played AC football in 1898, which means he was on the Roo team which played the Aggies in College Station BEFORE Kyle Field was even around. Kyler Murray will probably find the end zone on Saturday, making this son of Texas Aggie and Kyle Field veteran Kevin Murray the most recent Sooner to score against the Horns. Funny though, credit for the first Sooner to ever score against the Horns? That actually goes to an Austin College Kangaroo.

And yes, because I always take things too far……..I’m already in conversations with descendants of the McCall family about their 1896 ancestor. Many Presbyterian McCalls have graced the halls of AC, which means they are Roo Royalty. McCall passed in 1960, spending his entire life in Weatherford, TX. His family’s historic home in Weatherford, the Woolfolk-McCall house, is today a Texas State Historical landmark. Weatherford High School needed a mascot nearly 100 years ago, and made a decision based upon coaching ties with Austin College. They choose to be………..and remain today………….the Weatherford Kangaroos. Sounds about right to me. Couldn’t find any FB Roos with ties to Weatherford, but I bet they are out there.

But no matter. We folks down here in Austin will be happy to spot those Norman fellas a deep snap safety if that means keeping Murray at bay. Go Horns. Beat OU.

The story of the 1968 Austin College Kangaroos starts tomorrow. If you were a player, family, or fan in 1968, you are encouraged to write and participate. See you then. 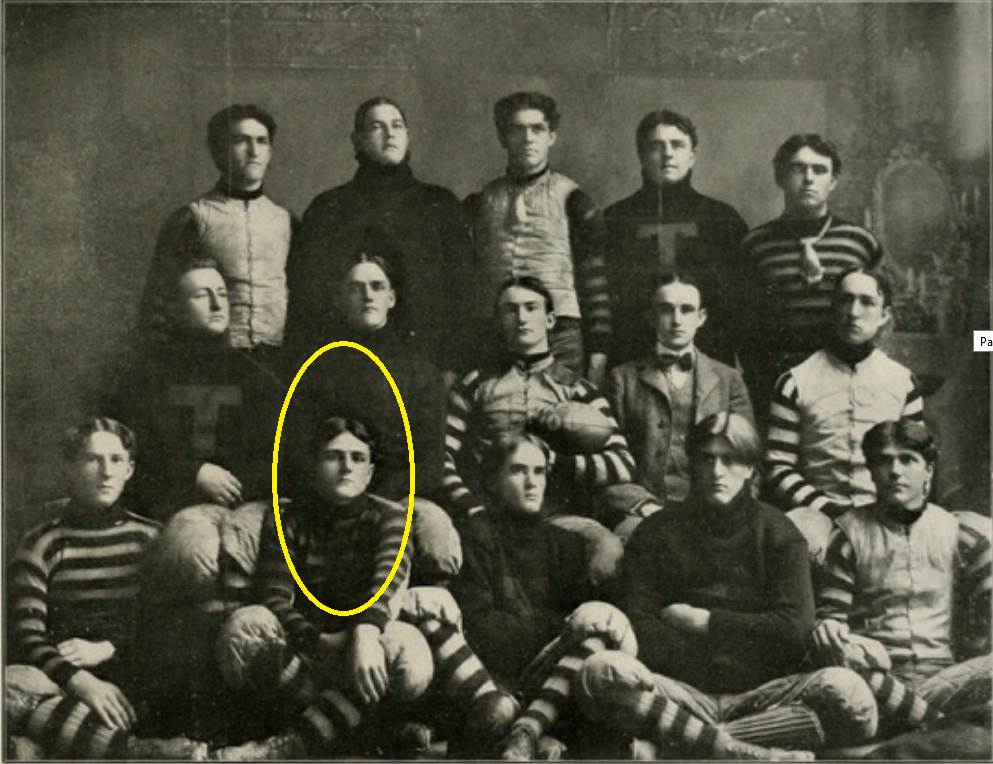 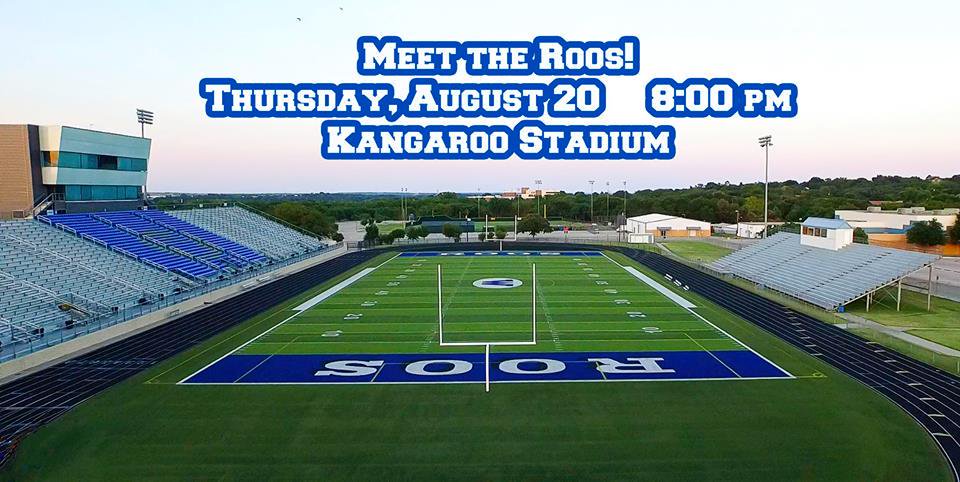