Founded in the 19th century, this southern school began to officially participate in collegiate football in the year 1896.  After 86 years of competition, this college finally secured its one and only national championship in 1981.  To date, it remains the only national championship for the school.
The Austin College Kangaroos?  You bet.
But not just AC.  The same paragraph applies to the Clemson Tigers.
This week, Clemson celebrates the 35thanniversary of its national championship clinching victory over 1981 AC Coach Larry Kramer’s Nebraska Cornhuskers.  I bet ol’ Larry was watching that game with disappointment, comforted only by another game played just 20 days earlier.
Clemson football glory came early with the hiring of Coach John Heisman in 1900.  Heisman led the Tigers to three SIAA (an SEC precursor) championships, and his .833 winning percentage remains the best in school history.  Heisman’s success in the Palmetto state was the first of many tenures for the iconic coach.

The 1896 Austin College Kangaroos (left) and the 1896 Clemson Tigers (right).
In 1924, Rice University was dedicated to turning its fortunes around and lured Heisman to Houston.  The former Clemson coach responded quickly in his first season by defeating the rival Texas Longhorns 19-6 at home.  But pride goeth before a fall.  The next week, Heisman’s Owls fell at home……to Pete Cawthon’s Austin College Kangaroos. 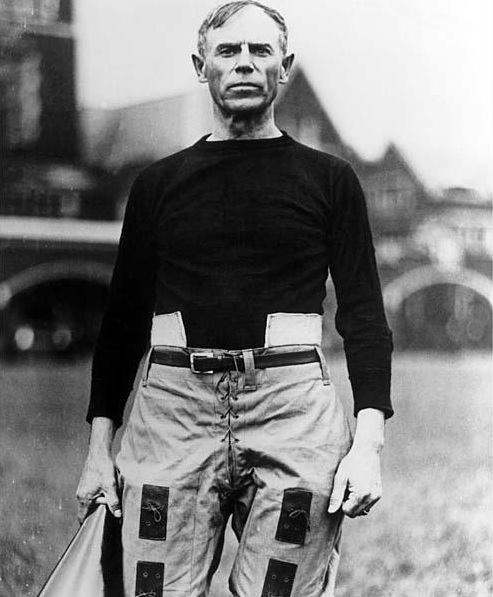 Former Clemson Coach John Heisman, before his loss to Austin College in 1924.
Jess Neely was a star half-back in 1924 at Rhodes College, a future 2017 SAA Conference rival of Austin College (and also the next challenge for Austin College President Marjorie Hass.  Good luck Marjorie, we will miss you!).  Neely was hired to coach the Clemson Tigers in 1931, leading them to an appearance in the 1940 Cotton Bowl.
At that same time, Rice’s fortunes were waning once again.  And just as before, they looked for help from a former Clemson coach.  Neely came from Clemson to Rice in 1940 and presided over what can only be described as “Rice’s glory years”.   Over the quarter century that followed, Neely’s Owls won 4 Southwest Conference championships and played .500 football with the arch rival Longhorns.
But Neely had help.
Austin College Kangaroo star Cecil Grigg had played against the Longhorns in 1912, and had coached his alma mater in Sherman in 1931 at the time of Neely’s hire at Clemson.  By the time Neely arrived in 1940 at Rice, Grigg was already there………..as a Rice offensive assistant coach.  Neely remained head coach of the Owls for an amazing 26 years, and Grigg was at his side every step of the way. 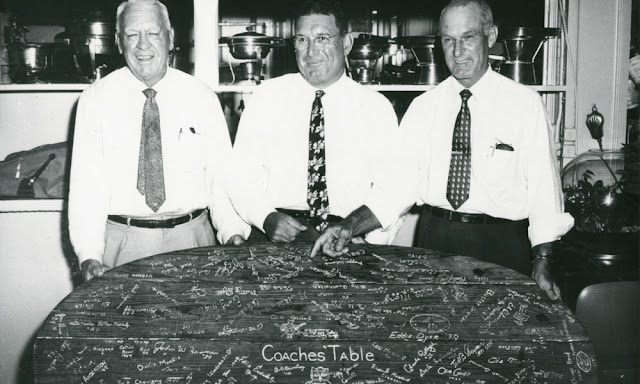 Former Austin College coach Cecil Grigg (far left) and former Clemson coach Jess Neely (far right) lead Rice during the Owl glory years.
Back at Clemson, Neely was replaced by Frank Howard.  You may have heard, the guy had a “rock”. 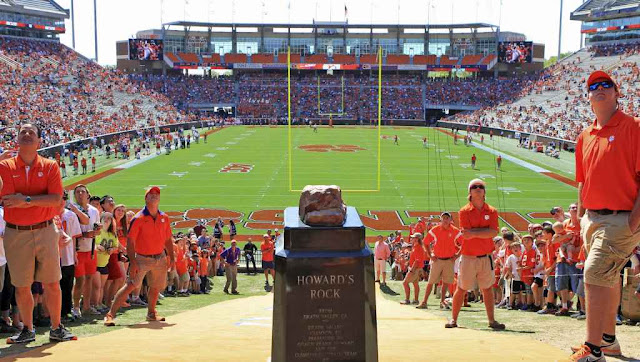 Like the 1981 National Champion Kangaroos, Danny Ford’s Tigers were unranked at the beginning of the season and ended the campaign with the best record in school history.  The 1981 championship is a part of Clemson lore.  But don’t take my word for it.  Ask any Clemson fan.  For example, Frank & Rebecca Adams.
Your humble author and my wife Dianne traveled throughout China with Clemson alumni and Greenville, SC natives Frank & Rebecca, as we all experienced the journey of a lifetime and brought our daughters home.  While in places like Beijing & Guangzhou, we became more familiar with the passion that is Clemson Tiger football.  On Monday, Frank & Rebecca will be glued to the game.
Clemson has a daunting task.  We are all familiar with the work of Nick Saban and the Crimson Tide.  Alabama has won 4 national championships in 7 years, and is heavily favored in Monday’s championship game.  Most certainly would be reluctant to pick against arguably the best college football program in the nation’s history.  Surely the Tide will prevail.
And yet, I still can’t shake that feeling.
Maybe it’s because of the 35th Roo/Tiger anniversary.  Maybe it’s because of Heisman & Cawthon.  Maybe it’s because of Neely & Grigg.  Maybe it is because Roo Pete Cawthon was an Athletic Director at Alabama, and Tiger Coaches Frank Howard, Danny Ford and Dabo Swinney all played for Alabama.  Maybe it is because all reigns must end, just as USC learned on a warm night in Pasadena in 2006.
Or maybe it’s as simple as wanting my Clemson friends to experience a national title.  Whatever the reason, this Roo will be pulling for a Tiger win and joy for Frank, Rebecca and others in South Carolina.
Go Tigers, Go Roos, and Go 1981. 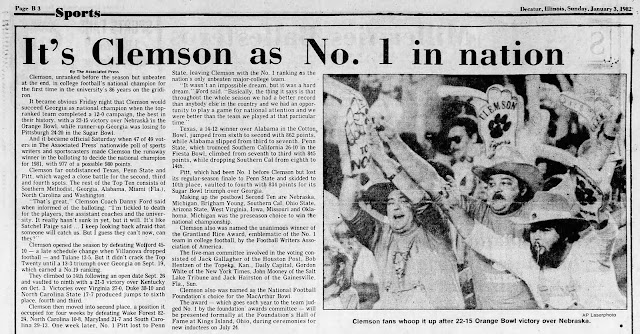